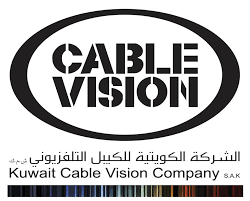 Established in 1997, Kuwait Cable Vision (KCV) was the first licensed interactive multi-channel television operator in Kuwait. Currently, it has matured into one of the nation’s leading providers of advanced audio and visual media solutions. In addition to broadcasting, its extensive capabilities and services include constructing and managing satellite TV stations, advertising, and producing movies, films and TV content.
In 2010, KCV bought Desert Door Productions to enhance its production services, which now include a 500 square meter studio with complete editing facilities. The company went public in 2002 and is listed on the Kuwait Stock Exchange. Dr Osama Bukhamseen is the Vice Chairman of KCV, and Bukhamseen Holding maintains a controlling interest in the business.

“Quote on the company’s success, and relationship to Bukhamseen Holding.”